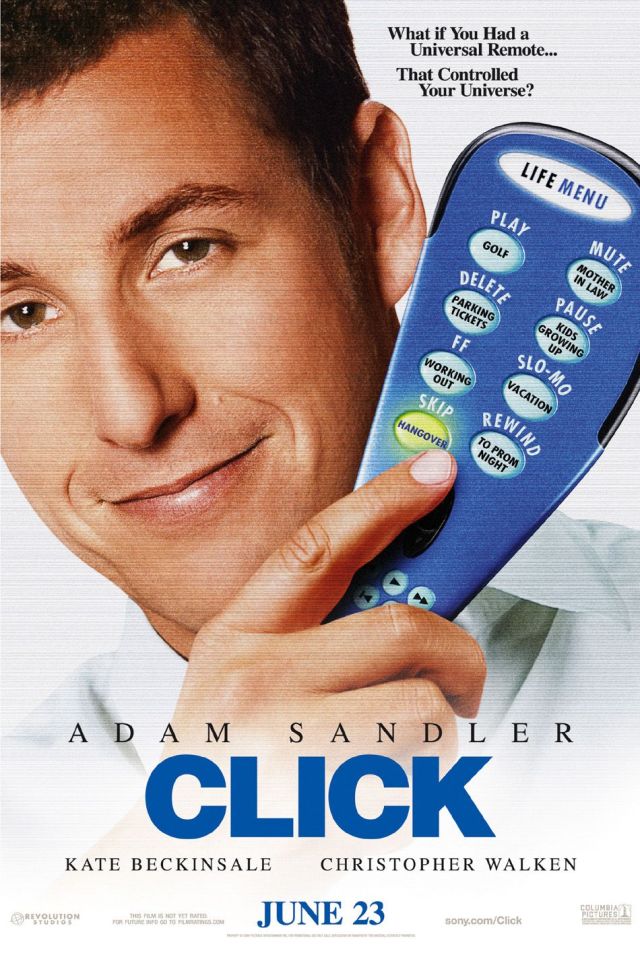 So mind numbingly awful.  I remember when this came out seeing corny people on Facebook say how this movie was so wonderful and made them cry.  UGH.  I can’t explain how angry that kind of stuff makes me.  This movie is so full of shit, stupid, ugly, and mean.  I hate pretty much everything about this.

Adam Sandler plays another rich guy, as he does in pretty much all of his movies these days.  He works a lot so of course his kids hate him as is the standard in comedies.  Asshole Dad works a lot and his kids hate him so he doesn’t something totally stupid to please the whims of children.  OK!  Sandler goes to Beth, Bath, and Beyond and gets a magical universal remote that allows him to control the world around him.  Cute!

Goddamn this thing felt like it was 3 hours long.  Sandler does his typical mean spirited dumb comedy and then at the end pretends it has heart.