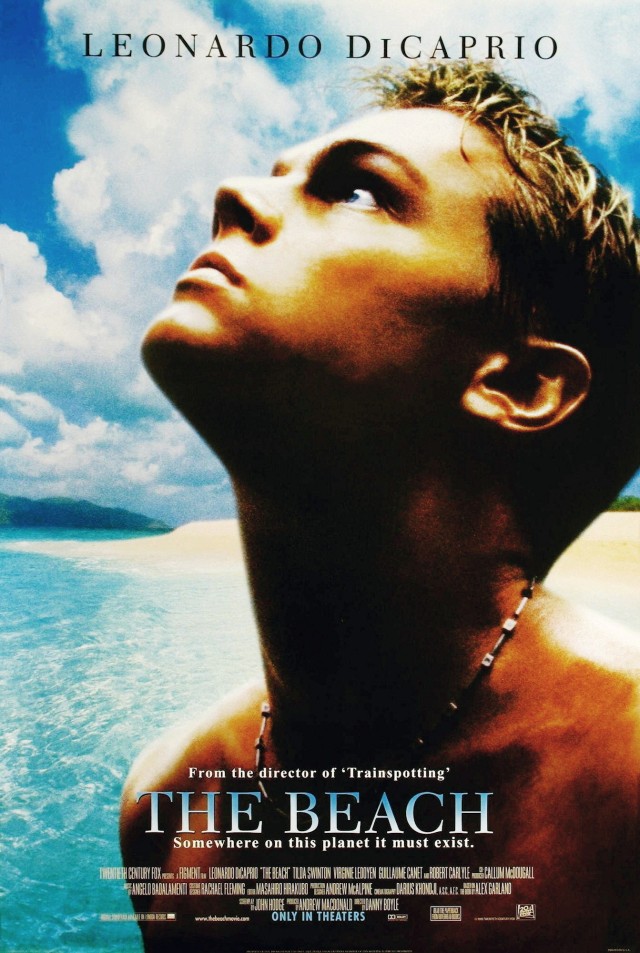 (Based on the novel by Alex Garland)

Good concept, some young travelers in Thailand find out about some mystery paradise and head there.  They come across these people trying to make their own society free of the modern day cluster fuck.  OK seems like a great set up for some social commentary and you can feel it trying to get in there sometimes but it seems like Danny Boyle had other things on his mind.

I like Boyle sometimes but he has a kind of ADD sensibility.  I think that fits for some aspects of this movie, DiCaprio’s character is part of the modern fast past video game generation and setting up that aspect of the character makes sense.  Where it doesn’t seem to help is in setting a coherent tone and themes.  I can make assumptions about what the film is based on what I think it should be from the setup but I am not really sure based on what is there in the actual movie.  There is a lot of dirty weirdness in the second half that just felt like it was there because Boyle wanted to do something weird.

The Beach just never really came together for me.  I have wanted to read the book and I probably will at some point but the movie struck me as confused and muddled.  Like there was behind the scenes strife trying to balance a darker social commentary with at the time heartthrob DiCaprio.  I don’t know.  Just not very good.