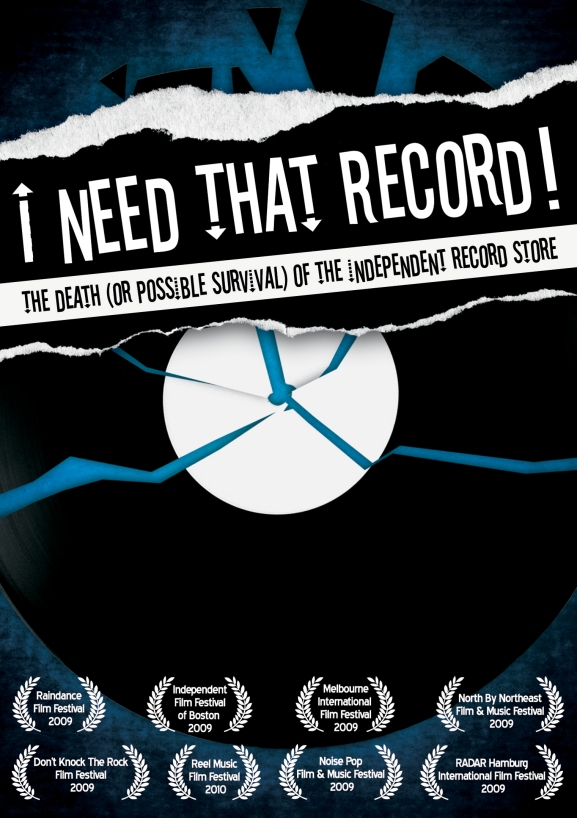 Borderline unwatchable.  A bunch of guys in their 50s complaining about the state of the music business.  Just yammering on about how their era was the era of REAL music.  Just totally pathetic. As if disposable pop music is only something that exists in the modern era of music and that is all it is made up of.  Sure record stores may be falling off but no one seemed to talk about how the internet has also broadened the amount of music that can be made a distributed for basically nothing.  All the guys in these are stuck in the past complaining about THE MAN and THE INDUSTRY and THE MAJOR LABELS!  Times are changing.  This industry isn’t even 100 years old yet.  To act like anything about it has been perfected is stupid.

My name is Jon and I live in New Jersey. These are the movies I have watched since January 1, 2011.
View all posts by Jon Watches Movies →
This entry was posted in Documentary, Musical and tagged documentary, i need that record, independent, netflix instant, record stores, rock n roll. Bookmark the permalink.