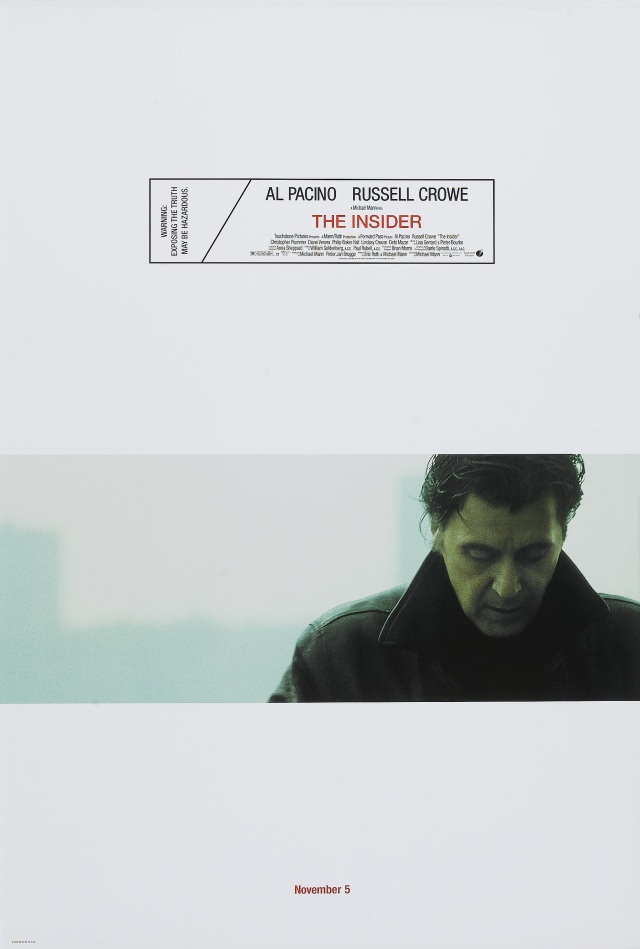 (Based on the article “The Man Who Knew Too Much”

Really great.  I think it is a damn shame that while it was nominated for 7 Academy Awards it won none.  Russell Crowe gives, I think, his best performance in this and it is one of Michael Mann’s best film.  The fact that he won the next year for Gladiator felt like a “sorry we should have given it to you last year” prize.  Riveting stuff.