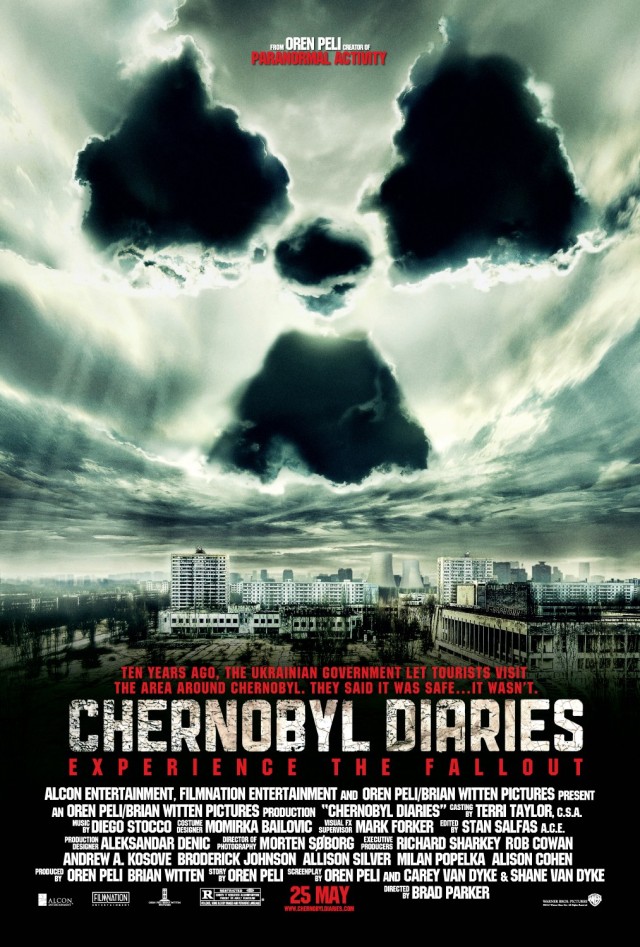 Pretty boring.  It isn’t a found footage movie and yet they film it just like is one for some reason so we never really learn any information about anything or see what is going on in most of the action-y scenes.  Kinda bullshit if you ask me.  Non-existent characters, no real story to speak of.  If Paranormal Activity wasn’t a hit and Oren Peli’s name wasn’t something they could sell (at least they think it is a name they can sell) this would’ve been a DTV title.  That this got released at the start of Summer is strange.

My name is Jon and I live in New Jersey. These are the movies I have watched since January 1, 2011.
View all posts by Jon Watches Movies →
This entry was posted in Drama, Horror, Science Fiction, Thriller and tagged 2012, accident, chernobyl, chernobyl diaries, drama, horror, nuclear, oren peli, Pripyat, radiation, russia, survivor, thriller, tourist. Bookmark the permalink.