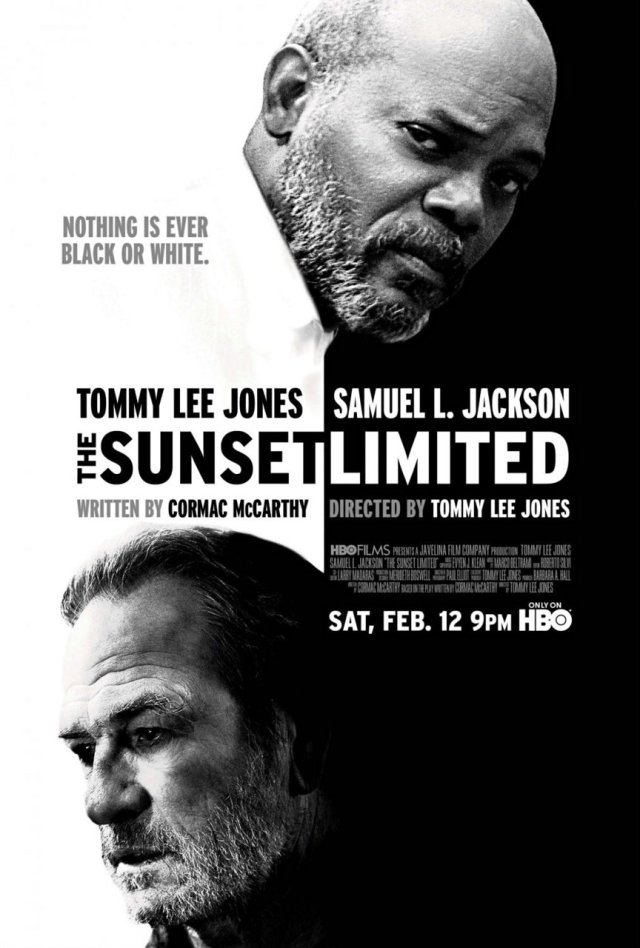 (Based on the play by Cormac McCarthy

Samuel L. Jackson plays a god fearing man who saves Tommy Lee Jones’s character from an attempted suicide.  Neither man is named and the whole 90 minute film is just a conversation between the two in Jackson’s apartment.  IMDB just identifies the characters as Black and White.

I love movies that are able to sustain interest throughout a feature length run time but they take place in just one setting or have just a few characters.  This one has a really interesting premise and set up but it felt kind of flat to me.  I am a fan of all involved and while I know it is originally a play the adaptation didn’t really feel cinematic at all.

The performances are fine, a little stagey, but OK.  I liked the movie and found it interesting but just kind of empty at the end.