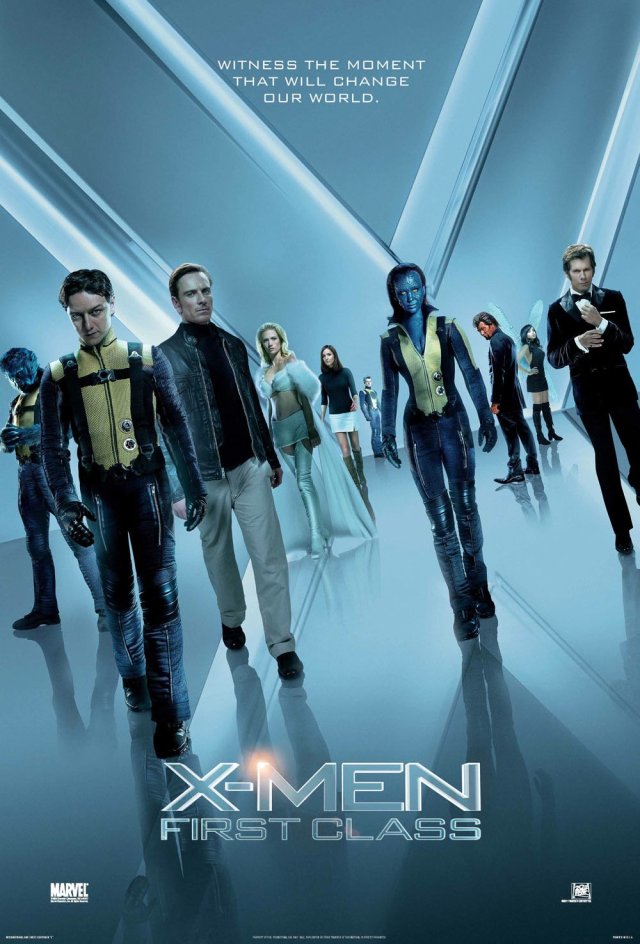 Matthew Vaughn is really building a great name for himself as a genre director.  He has done lots of good producing, and now directing work, where I am now looking forward to whatever he and his partner Jane Goldman are working on.

First Class has a bit lighter and cheesier tone than previous X-Men films and I was a bit thrown by it at first.  It feels rushed even with an over 2 hour run time, and a little sloppy, but there are loads of fun performances and set pieces that I enjoyed.  I think most people walking out would agree that Fassbender as Magneto is the definite stand out in the film.  January Jones is really terrible as Emma Frost.  Seriously.  If they bring back that character they really need to recast it.  Besides that I am looking forward to more!  I really hope they stick with the period piece/James Bond feel.  The leather/serious stuff of the past X-Men films was getting a bit tired.