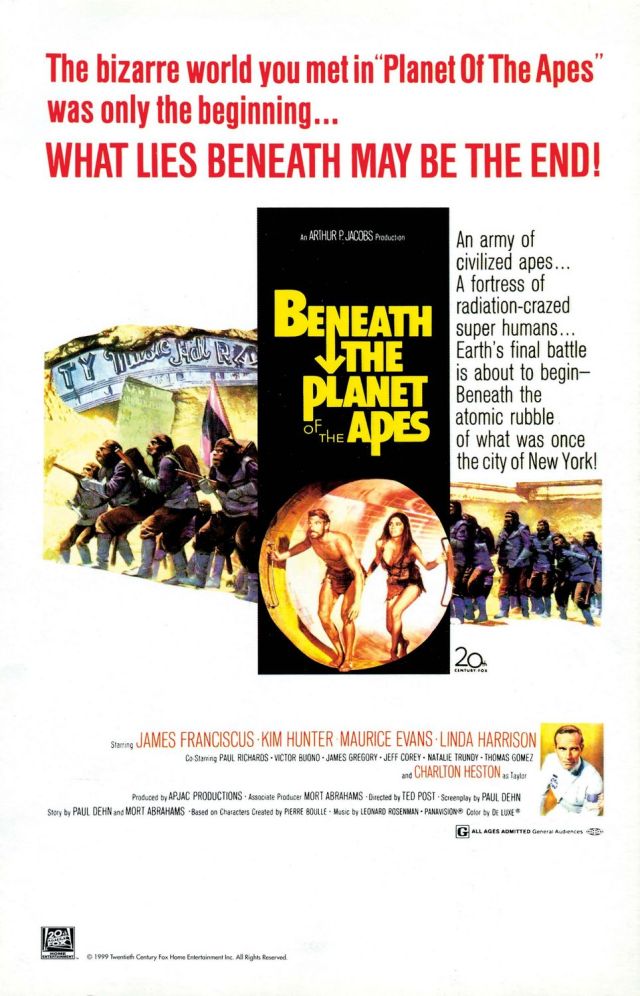 First off I love that poster especially the plot synopsis on the right side.  It so perfectly and fantastically describes the movie.  Going into these sequels I was expecting total crap.  With Beneath, the first of four, I was a little let down that the first hour was pretty much a rehash of the first film.  Then Brent heads underground and encounters mutant radiation humans with psychic powers and things get a little crazy.  Also I love that this series seems to pride itself on its bleak endings, with Beneath having the darkest of them all I think.  Really glad I decided to watch!

My name is Jon and I live in New Jersey. These are the movies I have watched since January 1, 2011.
View all posts by Jon Watches Movies →
This entry was posted in Action, Drama, Fantasy, Musical, Science Fiction, Thriller, Uncategorized and tagged action, adventure, apes, beneath the planet of the apes, nuclear radiation, planet of the apes, science fiction, sequel, talking animals, telekinesis. Bookmark the permalink.