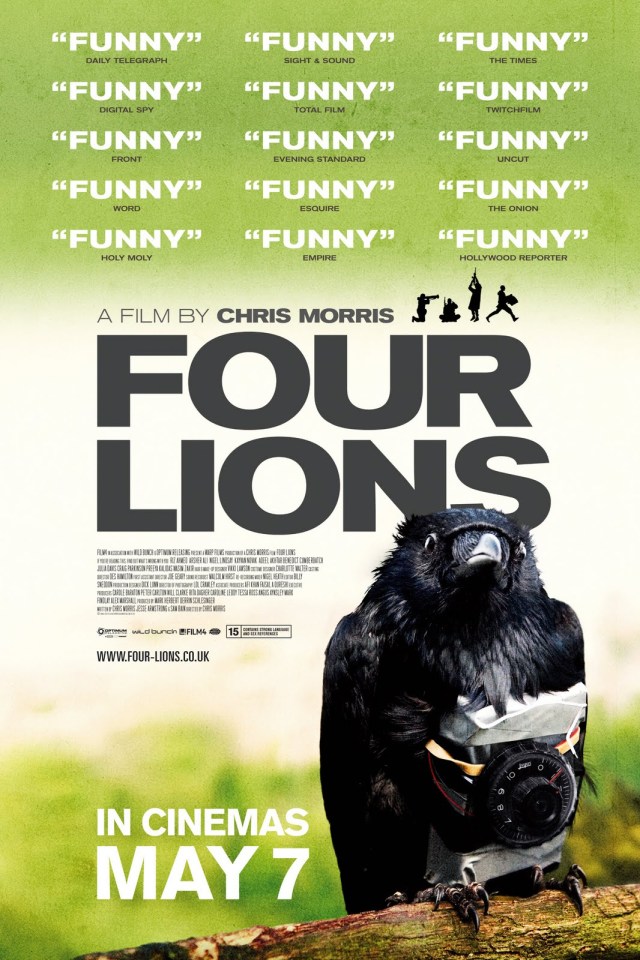 VERY ballsy premise so that alone makes this worth a watch.  Although I found myself admiring what the filmmakers were doing rather than laughing out loud.  I did like the film but I think I may have been expecting a lot from the hype.  One I will watch again soon I think though.  Comedies like this seem to warrant and reward repeated viewings.  Maura put it best I think when she said its like Christopher Guest made a movie about terrorists.

My name is Jon and I live in New Jersey. These are the movies I have watched since January 1, 2011.
View all posts by Jon Watches Movies →
This entry was posted in Comedy, Drama, Uncategorized, War and tagged british, christopher morris, comedy, controversial, dark comedy, drama, four lions, terrorism, terrorists. Bookmark the permalink.