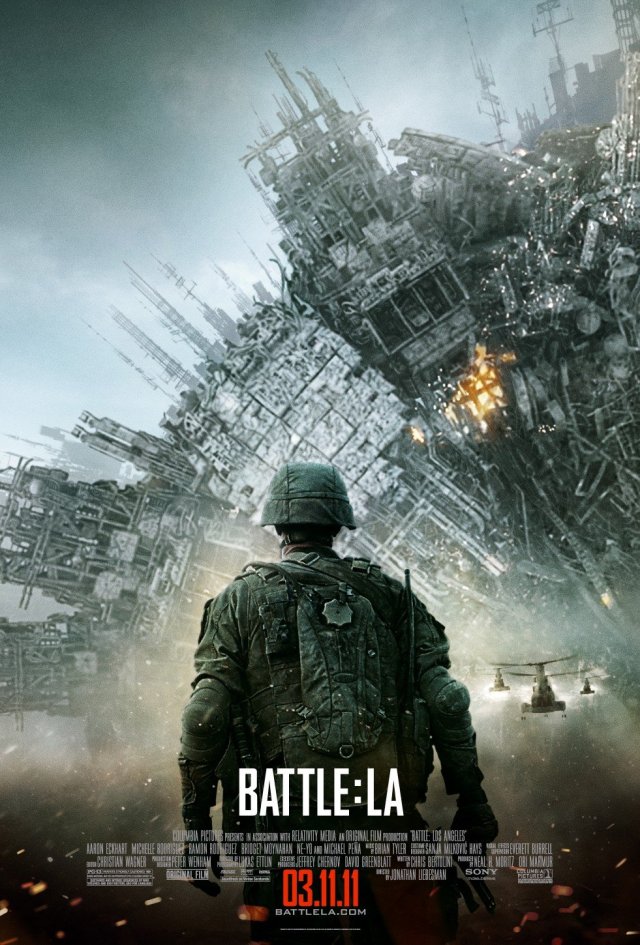 Damn. After a really strong marketing campaign the resulting film is a definite disappointment. The film starts off strong before resorting to just about every war movie cliche in the book. Nothing about this movie feels authentic in a way that a Black Hawk Down does. It seems like someone just watched five or six war movies and thought “what if they were aliens instead?”. There is nothing in interesting about the action or characters and I definitely just walked out of the movie and shrugged “so what”. I like the concept behind it, so many alien invasion movies are from the POV of civilians trying to survive, but I think they should’ve spent more than a week on the script and gotten a better director. Aaron Eckhart does his best with what he is given and what he is given is a lot of crummy dialogue. So far my biggest let down of the year. Oh well, the trailer is really good though. And about an hour and fifty five minutes shorter.