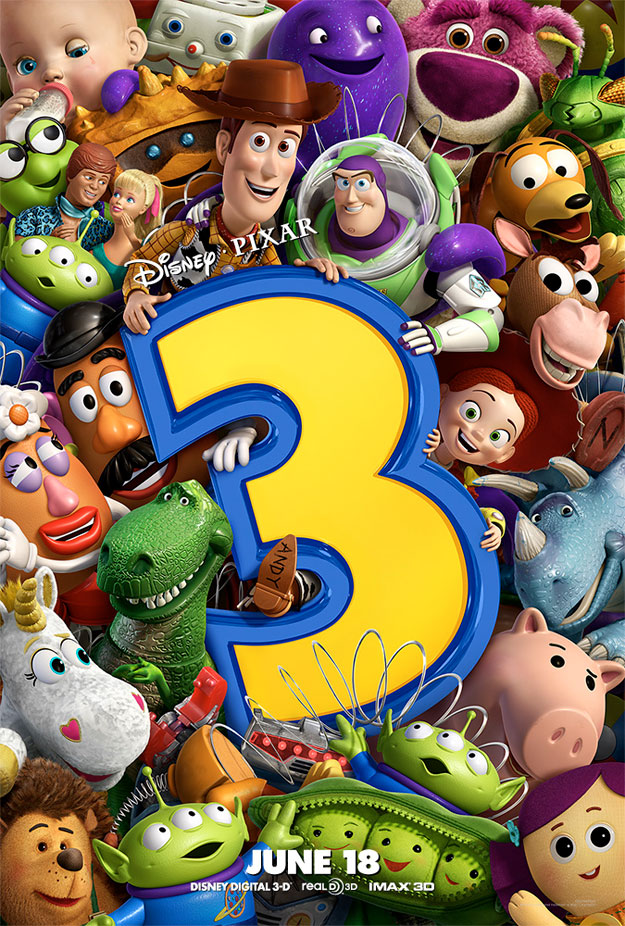 Delightful.  I think at this point though I am a little done with these characters.  I don’t see how much more peril they can get themselves into.  I love Pixar but I want to see more original work like Up, Ratatouille, and Wall-E.  It seems like they are in love with sequels lately though.  Cars 2 next year, with Monsters Inc 2 and a Cars spin-off called Planes coming as well.  Still a really great movie and light years (HA!) beyond anything any other studio is doing in animation.