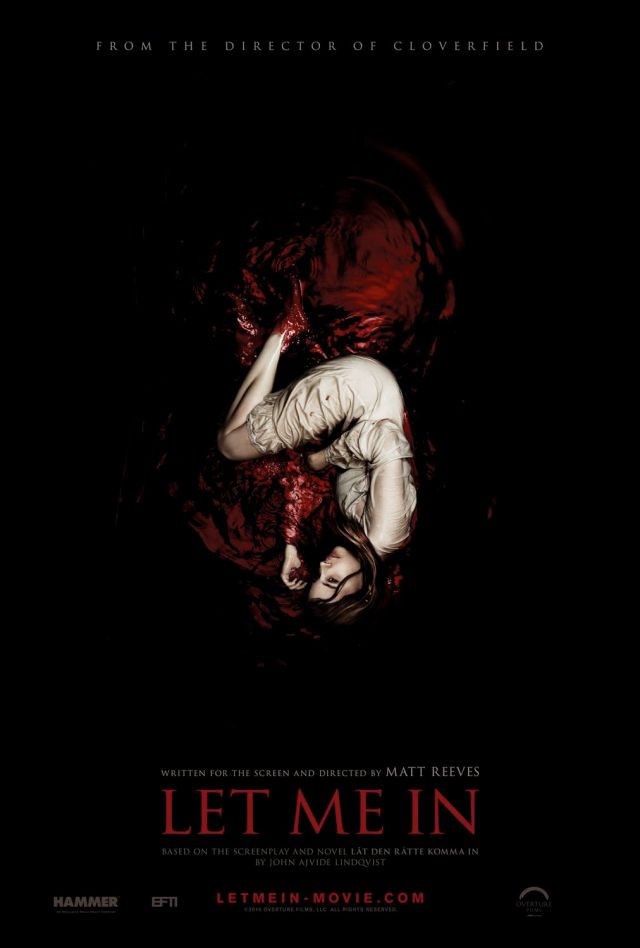 I can understand the complaint that there is no need to remake it but if you’re gonna remake an already great movie this is how to do it. This story could have so easily been turned into something drastically different in the wake of things like True Blood and Twilight so I applaud the filmmakers to sticking to what was so great about the original. Matt Reeves has made a drastically different film here than Cloverfield and in my mind has shown he is a great genre director to watch. And they got rid of that horrible cat scene from the original! Definitely, in my mind, one of the better Horror/Vampire films of recent memory. Probably since Let the Right One In. Also good job hiring the two best child actors in the game. Score was a bit over the top. I felt when the music should’ve been more subdued or even non existent it swelled to even larger and more grandiose heights. For something that is a fairly intimate story it didn’t seem to fit most of the time.

My name is Jon and I live in New Jersey. These are the movies I have watched since January 1, 2011.
View all posts by Jon Watches Movies →
This entry was posted in Drama, Fantasy, Horror, Romance, Thriller, Uncategorized and tagged adaptation, chloe moretz, coming of age, drama, elias koteas, fantasy, horror, kodi smit-mcphee, let me in, let the right one in, matt reeves, mystery, remake, richard jenkins, vampire. Bookmark the permalink.