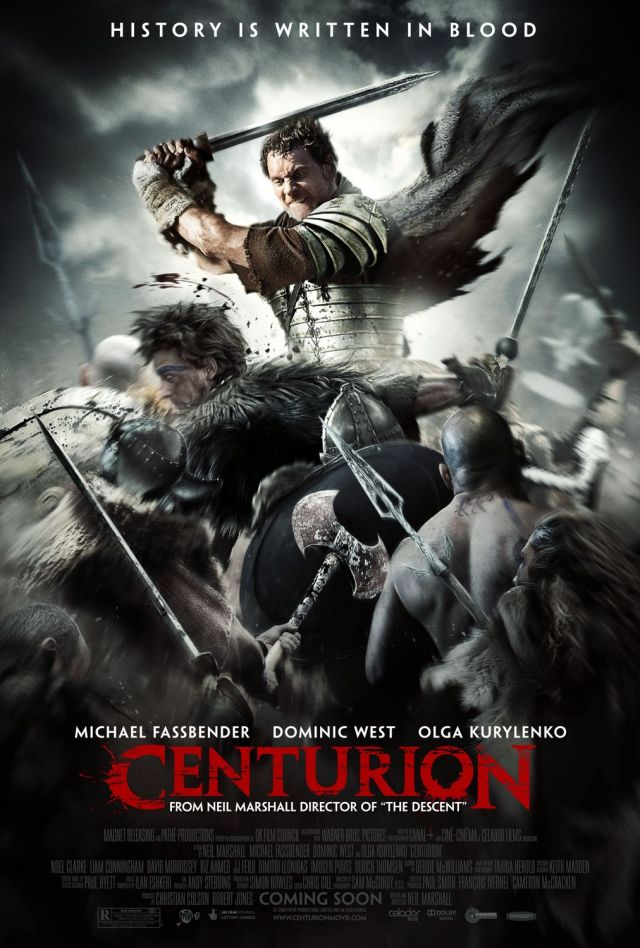 A fairly mediocre sword and sandals/men on a mission movie.  It seems the main hurdle for it is a seemingly low budget.  Writer/Director is a fine talent when it comes to genre movies such as this but with this one the action scenes, to be honest the main draw of the movie, are shot very tight and without any real sense of time or place.  They seem to be just a collection of random fighting shot strung together, more of a montage than an actual ongoing scene.

The filmmakers also made the decision to go with CGI blood added in post instead of using practical effects.  I would imagine this was done to make shooting time on sets quicker since they wouldn’t have to reset and change costumes and squibs and make up etc in between takes.  But I haven’t seen a movie where I felt I couldn’t notice CGI blood (if I didn’t notice then I guess it did its job).  But with this one it all seemed distractingly fake.  If the movie itself were better or had different things going for it that wouldn’t be as important but honestly the battle scenes and blood is the reason a movie like this exists and if it can’t get those things right then why bother.

It also has a character that seems to always be in these medieval type movies and that is the evil feral female warrior.  I am not saying there can’t be tough women but I feel like I keep seeing movies like this where there is a silent scrawny woman who is a henchman (henchwoman) for the main villain who has some supernatural ability to take down 10 men in five seconds.  Between the Pirates of the Caribbean, Resident Evil, most movies connected to Luc Besson, and others I am just kind of sick of the tough badass 90 pound model girl.  This character can be done convincingly (see most of James Cameron’s movies) but this movie didn’t pull it off.

Michael Fassbender is quickly becoming one of the best actors working in my mind so I did enjoy his screen presence but between the lackluster fighting scenes and the overall been there done that story line there really isn’t much to recommend with this one.  Maybe with a bigger budget and more time it could’ve been better.

My name is Jon and I live in New Jersey. These are the movies I have watched since January 1, 2011.
View all posts by Jon Watches Movies →
This entry was posted in Action, Drama, Fantasy, Thriller, Uncategorized and tagged 2010, action, adventure, centurion, dominic west, drama, historical, history, legion, men on a mission, michael fassbender, neil marshall, olga kurylenko, roman, roman soldiers, soldiers, swords, war. Bookmark the permalink.