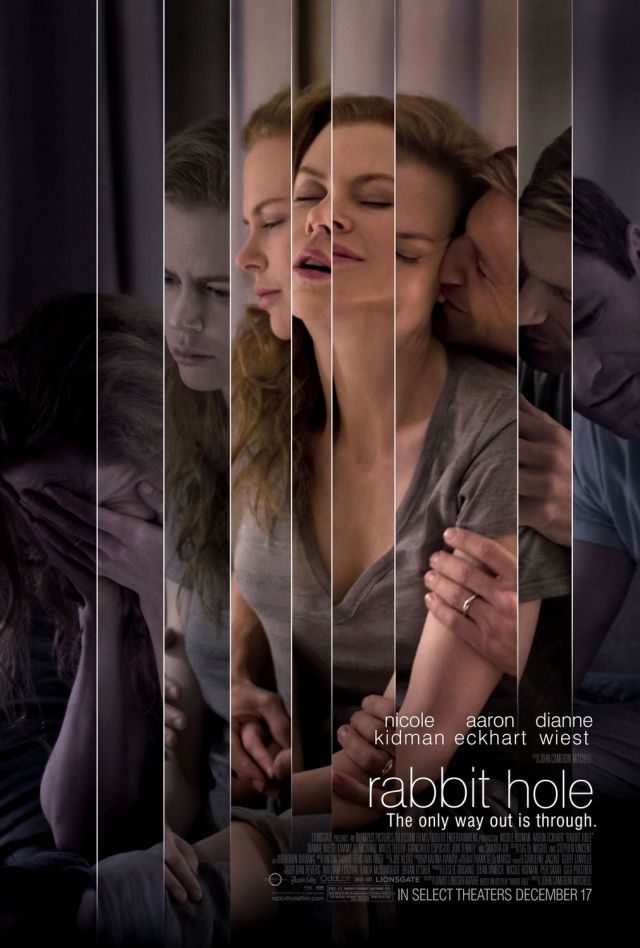 Writer: David Lindsay-Abaire (Based on his own play)

A happily married couple loses their young child from a car accident and the film deals with the aftermath of such a tragic lose.  This is an impossible situation that I can’t imagine having to deal with and one I thought that was rendered well on screen.  It felt honest to me while still being cinematic.

Nicole Kidman was the one nominated for an Oscar as Becca but Aaron Eckhart as her husband Howie shouldn’t be discounted.  Eckhart regularly turns in great performances in all types of roles, from supporting to lead, from action to comedy to drama.  Kidman seems cold in her public persona but she is a talented actress, one that I don’t think I usually appreciate.  Her choices may not always be great in hindsight but she seems more often than not wanting to take on challenges or work with interesting filmmakers. Miles Teller, who plays Jason, is an actor I have never seen before and he takes on a particularly challenging role in the film and in my opinion knocked it out of the park.

Director John Cameron-Mitchell goes for a more understated and respectful directing style that compliments the material and doesn’t overwhelm it with “look what I can do” tricks.  No matter what a movie is about there is always pleasure in watching two good actors in a scene together and since this was based on a play there there are lots of good scenes set up for that.